Faour Glass Technologies had a rare chance to showcase its diverse glass capabilities at the Seminole Hard Rock Hotel & Casino’s spectacular $1.5 billion expansion project in Seminole. Faour Glass’s creativity and engineering expertise can be seen in three major installations throughout the property.

The Faour Glass work literally starts at the new grand porte-cochere. The main entrance features huge SLIMPACT XL Windows that are 6’ wide by 20’ tall each. The windows tower above five sets of SLIMPACT Doors, with two automated. To add drama, Faour Glass installed custom colored, nature-inspired laminated cladding, fabricated by Savoy Studios, on all the entrance columns. SLIMPACT® Windows and Doors feature a unique structural glazing technique with no framing on the window and minimal metal on the doors. The patented design provides unobstructed views while still meeting the industry’s toughest hurricane requirements.

As guests step inside, they experience a spectacular Oculus Water Feature that includes fourteen panels of custom laminated glass where water runs down one side of the glass. On the opposite side of the glass panels, eight of the panels have a custom projection film applied to the surface offering a unique visual experience. The Oculus encompasses elements of lush greenery, light, and water, choreographed to music. WET Enterprises Inc, Freeport Fountains, and Faour Glass worked together in a collaborative effort to create, fabricate, and install the stunning water feature.

Faour Glass worked closely with both the architect, Klai Juba Wald Architects (KJWA), and the general contractor Suffolk Yates. The project was constructed in phases so the existing casino and hotel could remain operational. The existing casino was renovated as well. The casino celebrated with its grand opening on October 24th with a star-studded lineup of celebrities including Johnny Depp, Morgan Freeman, and Khloe Kardashian. But, the true “star” of the event was the new iconic guitar-shaped hotel that is certain to be a south Florida landmark for years to come. 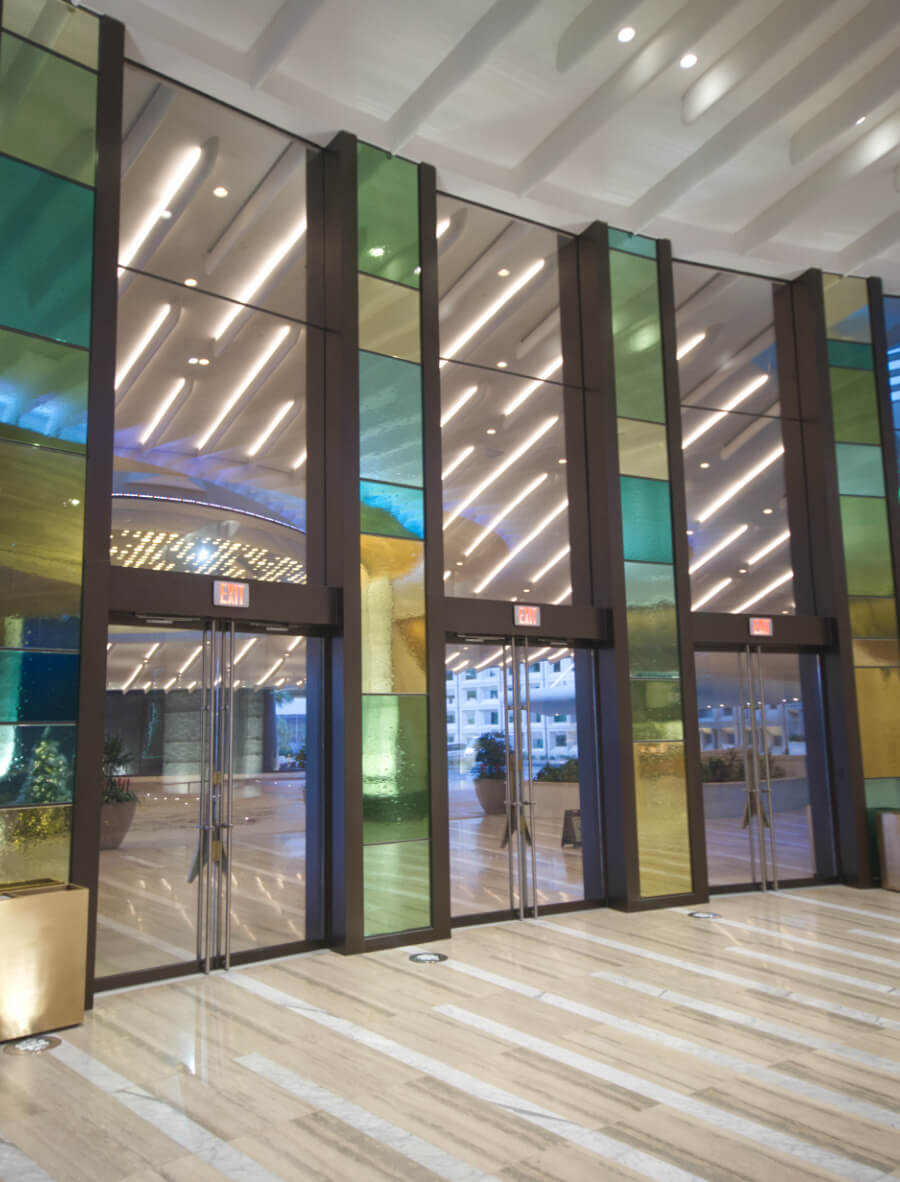 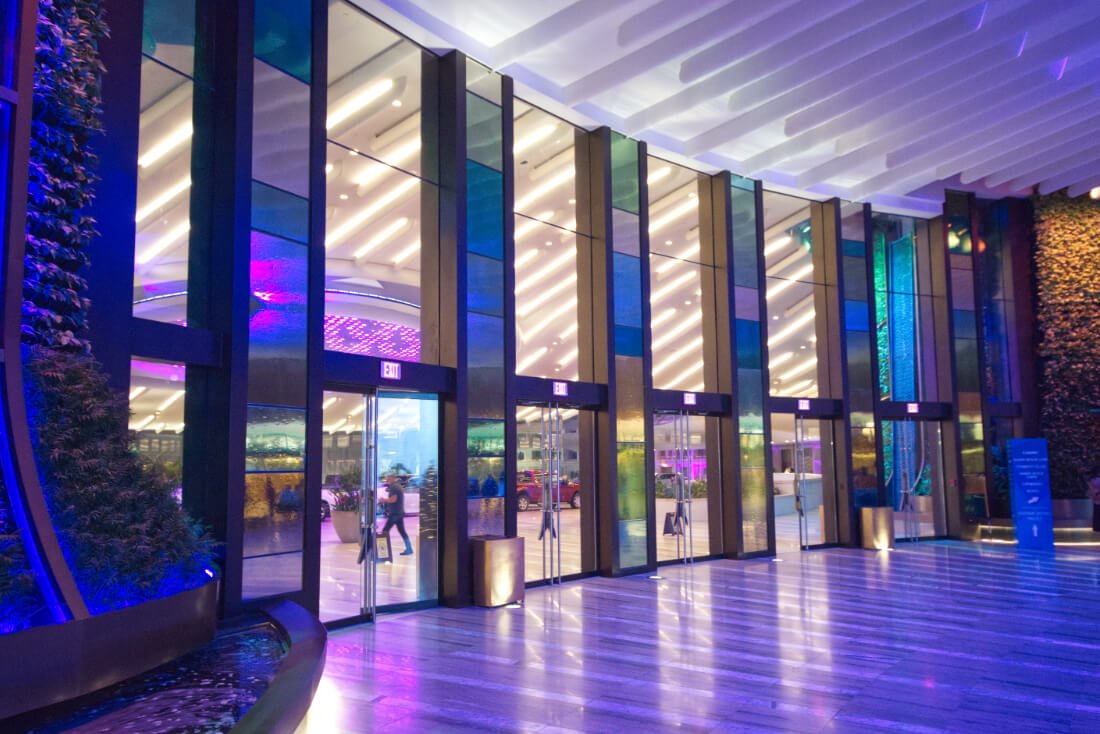 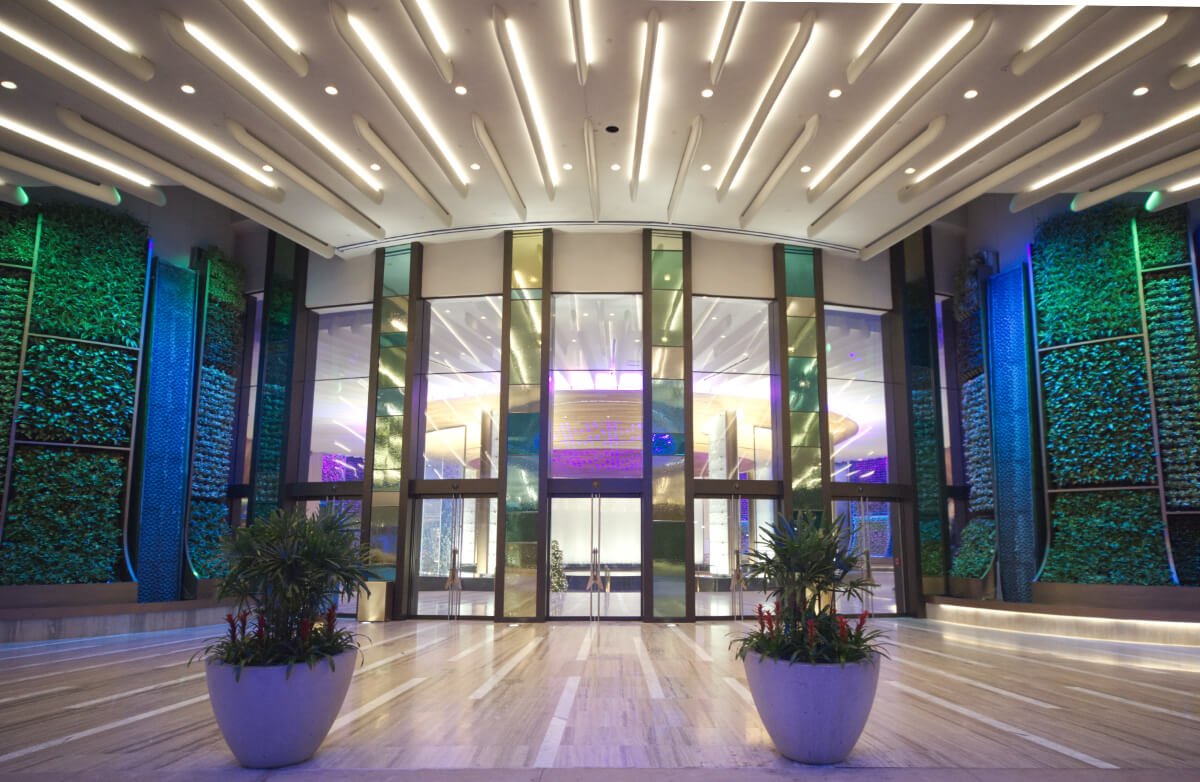 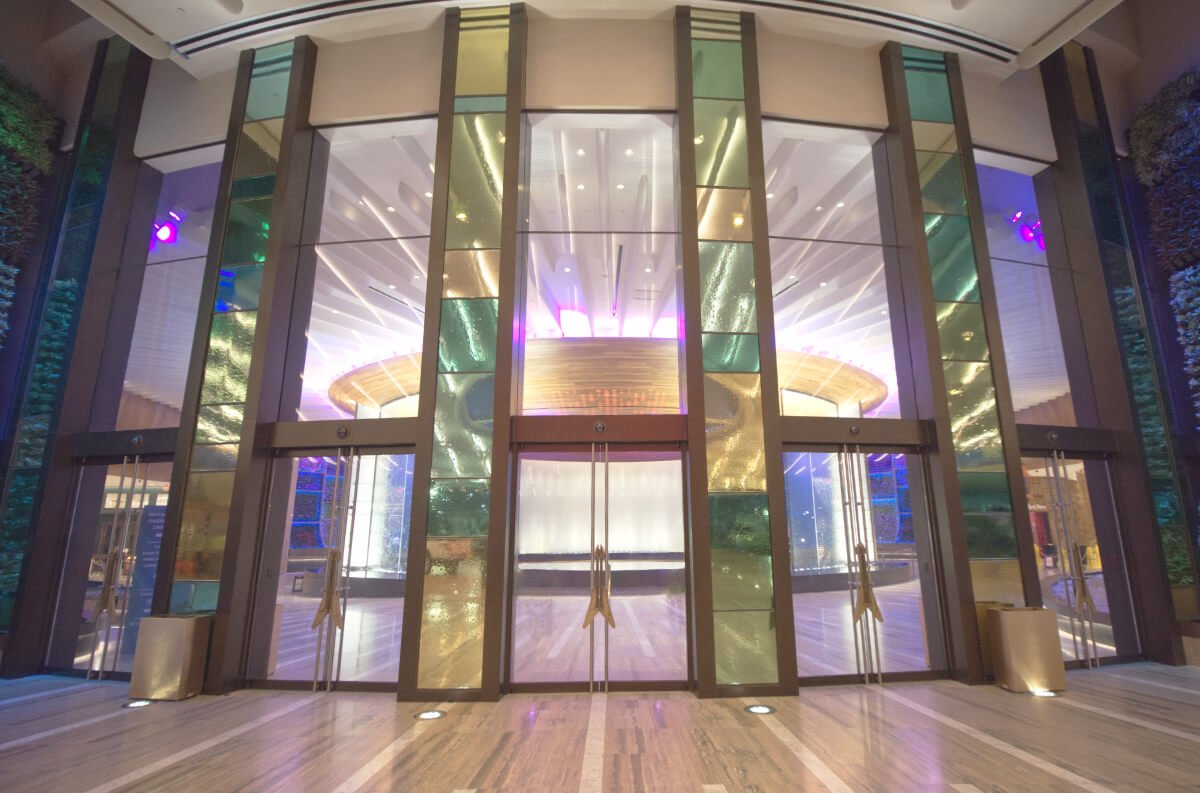 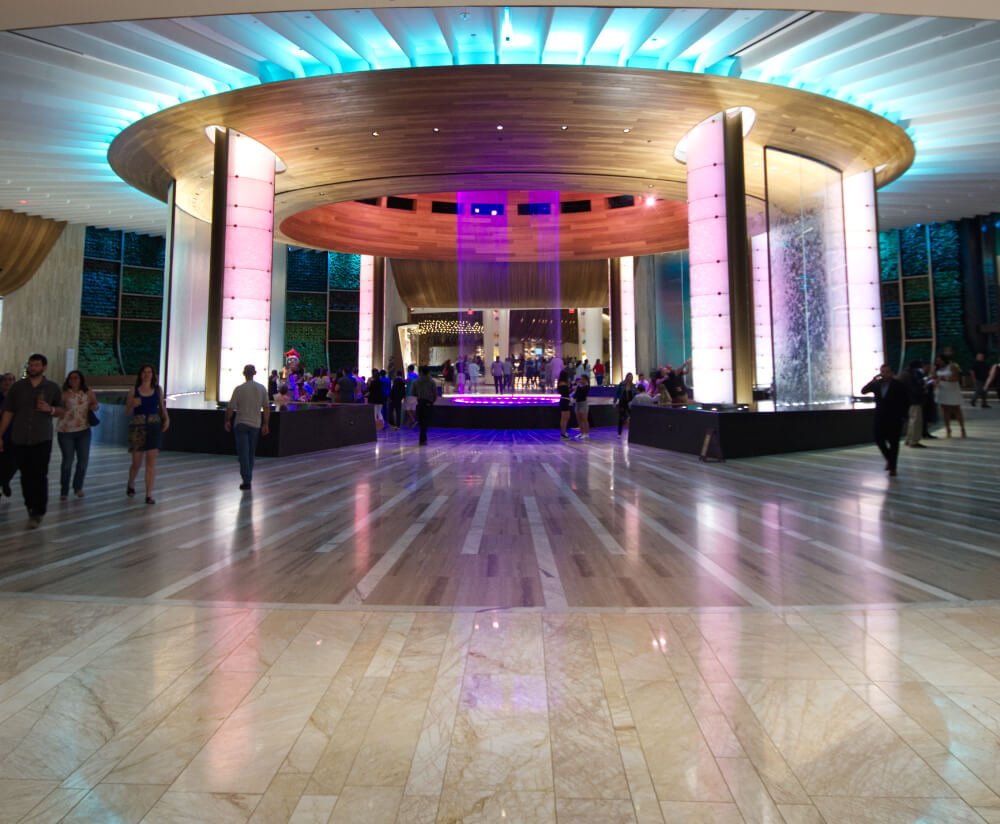 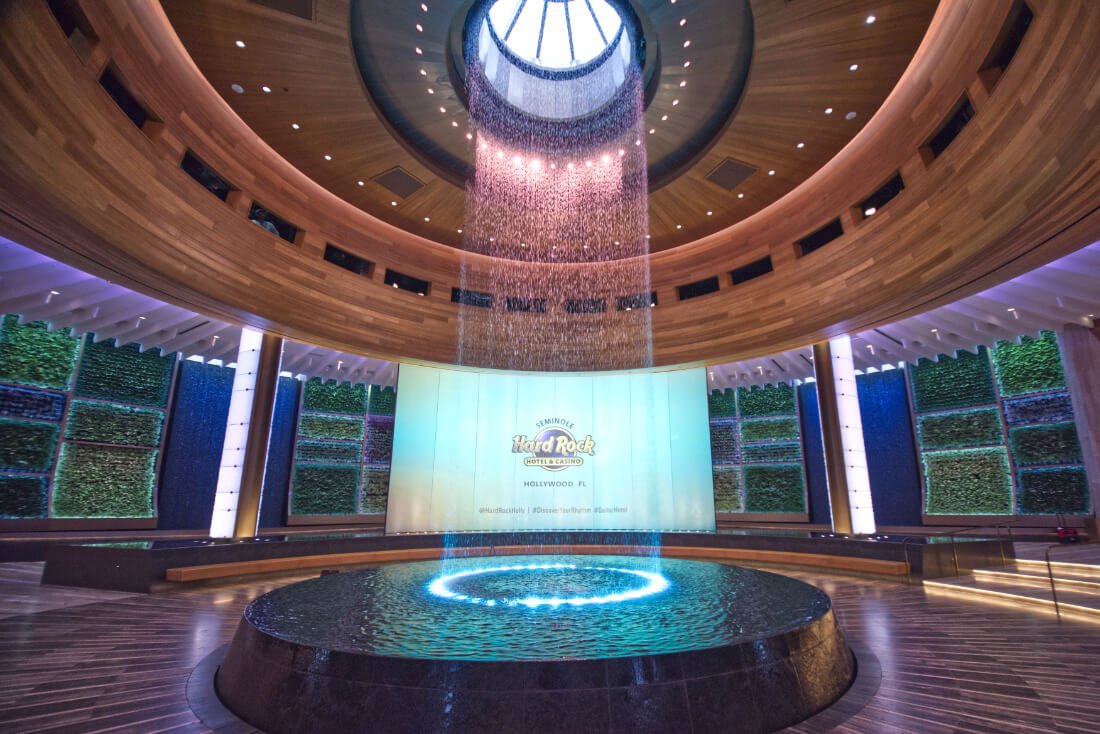 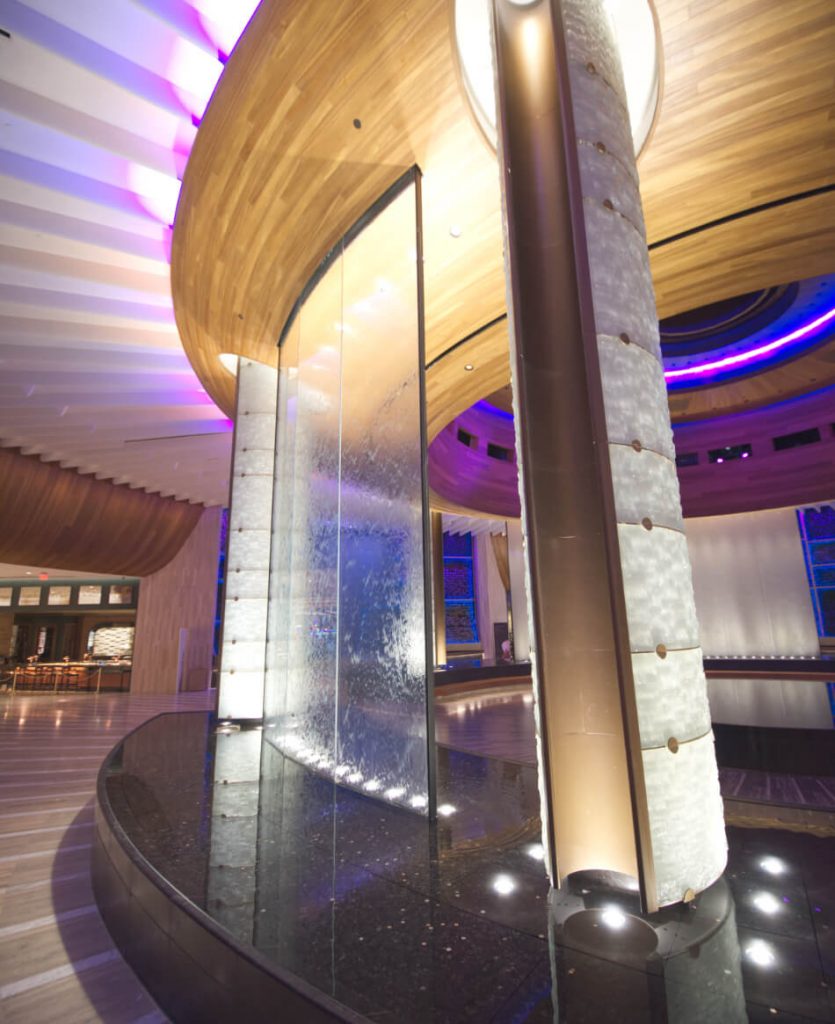 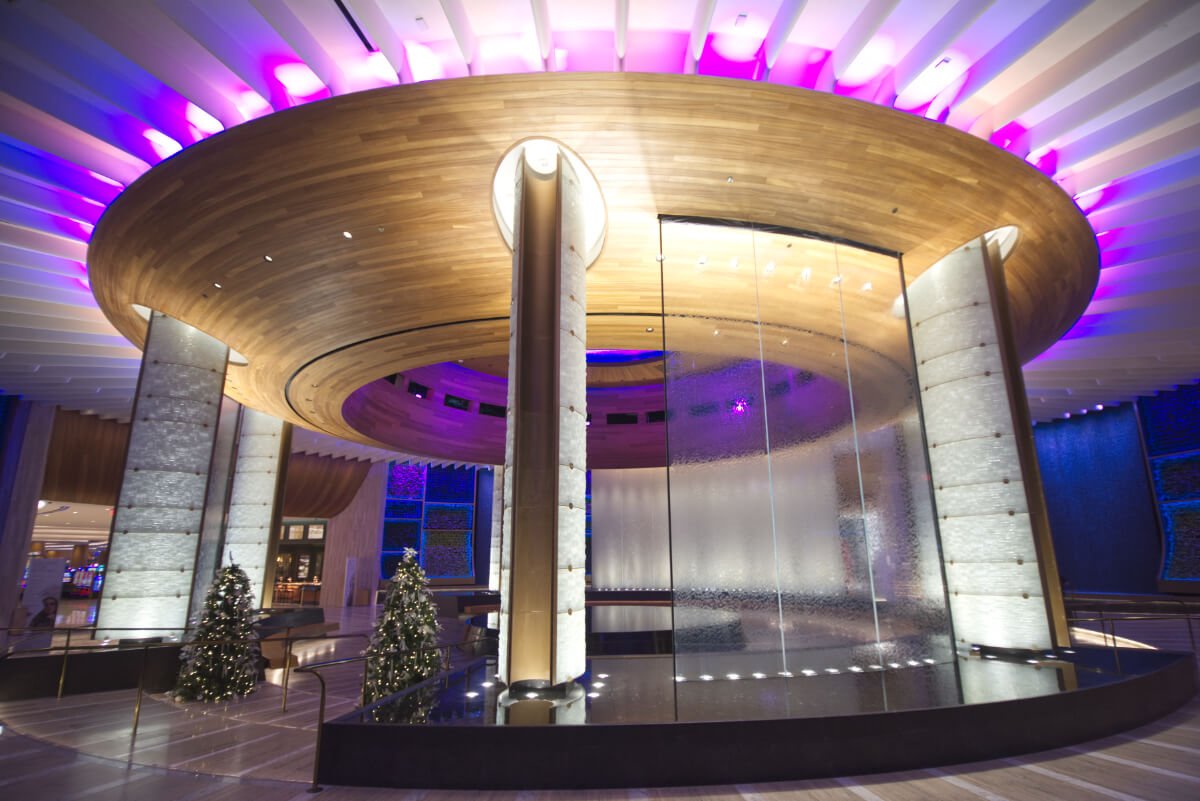 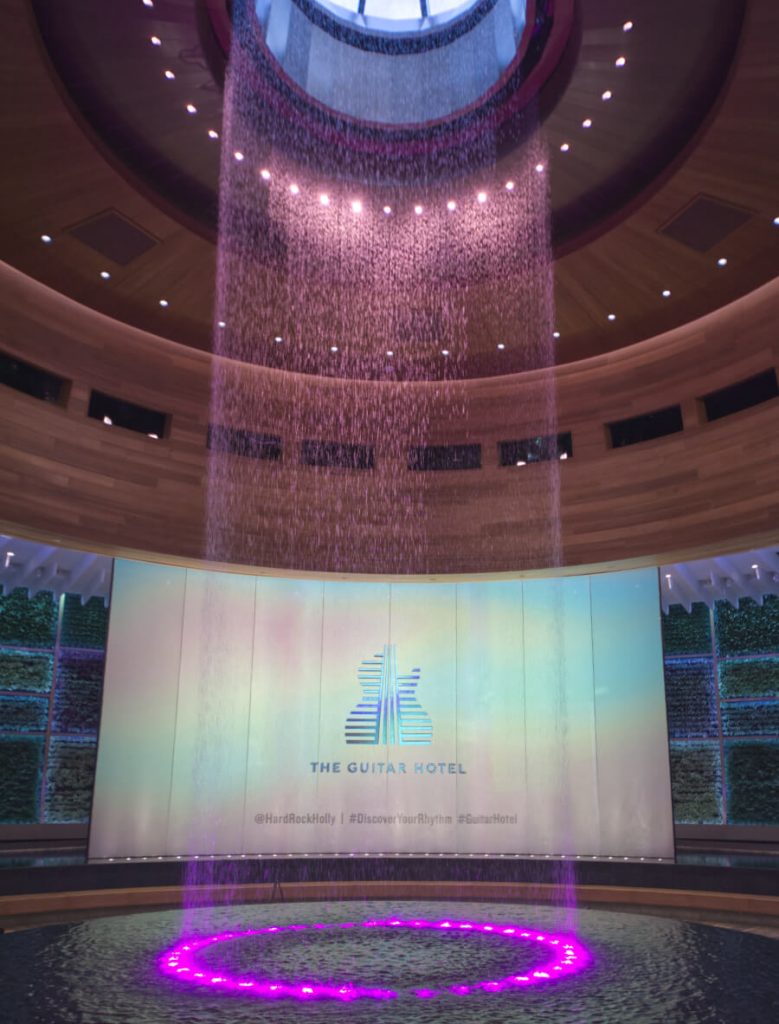 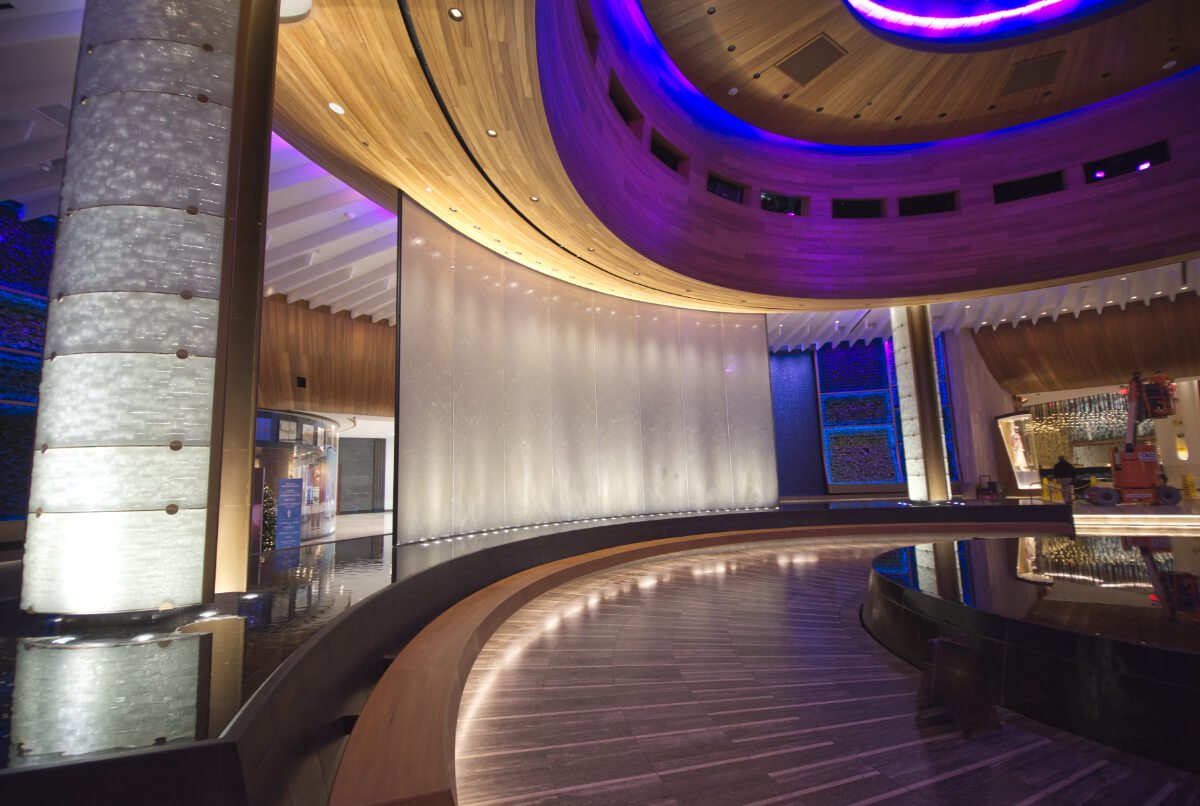 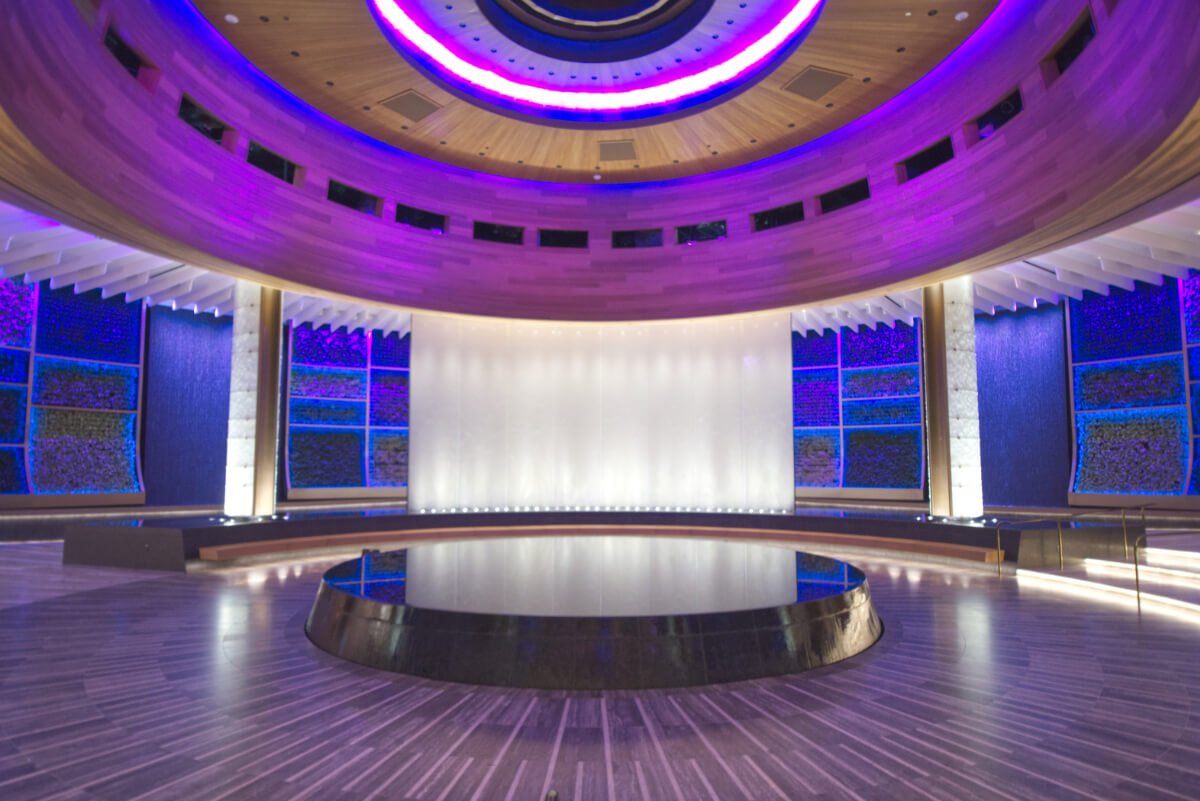 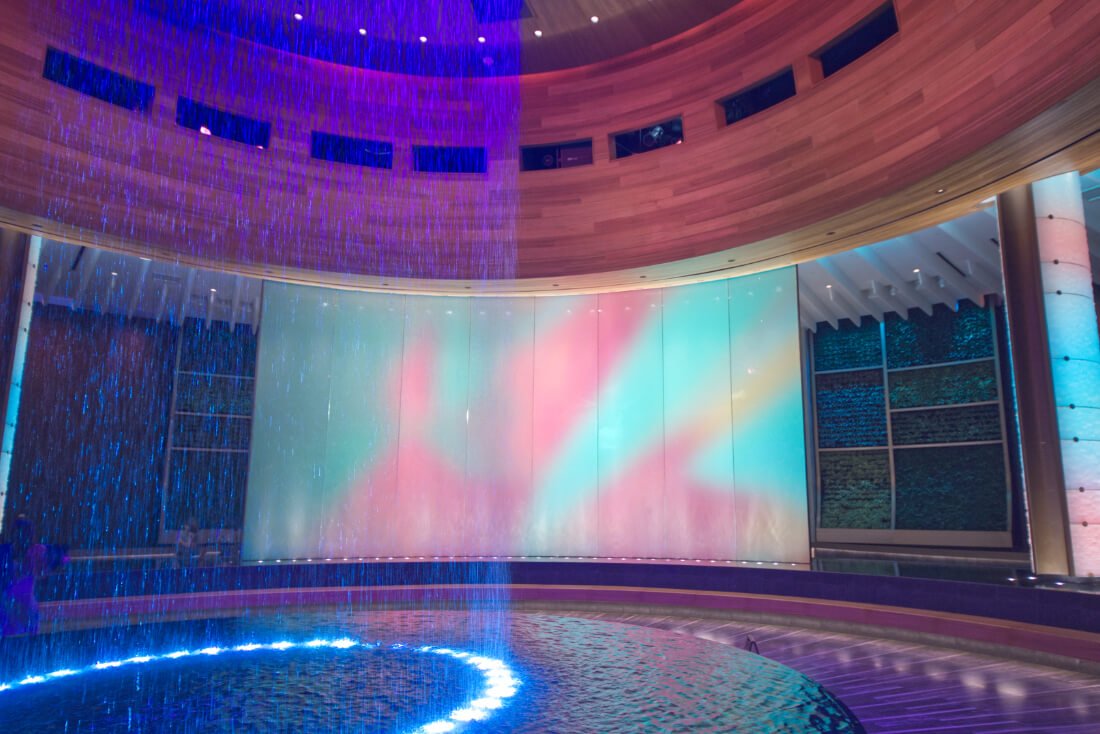 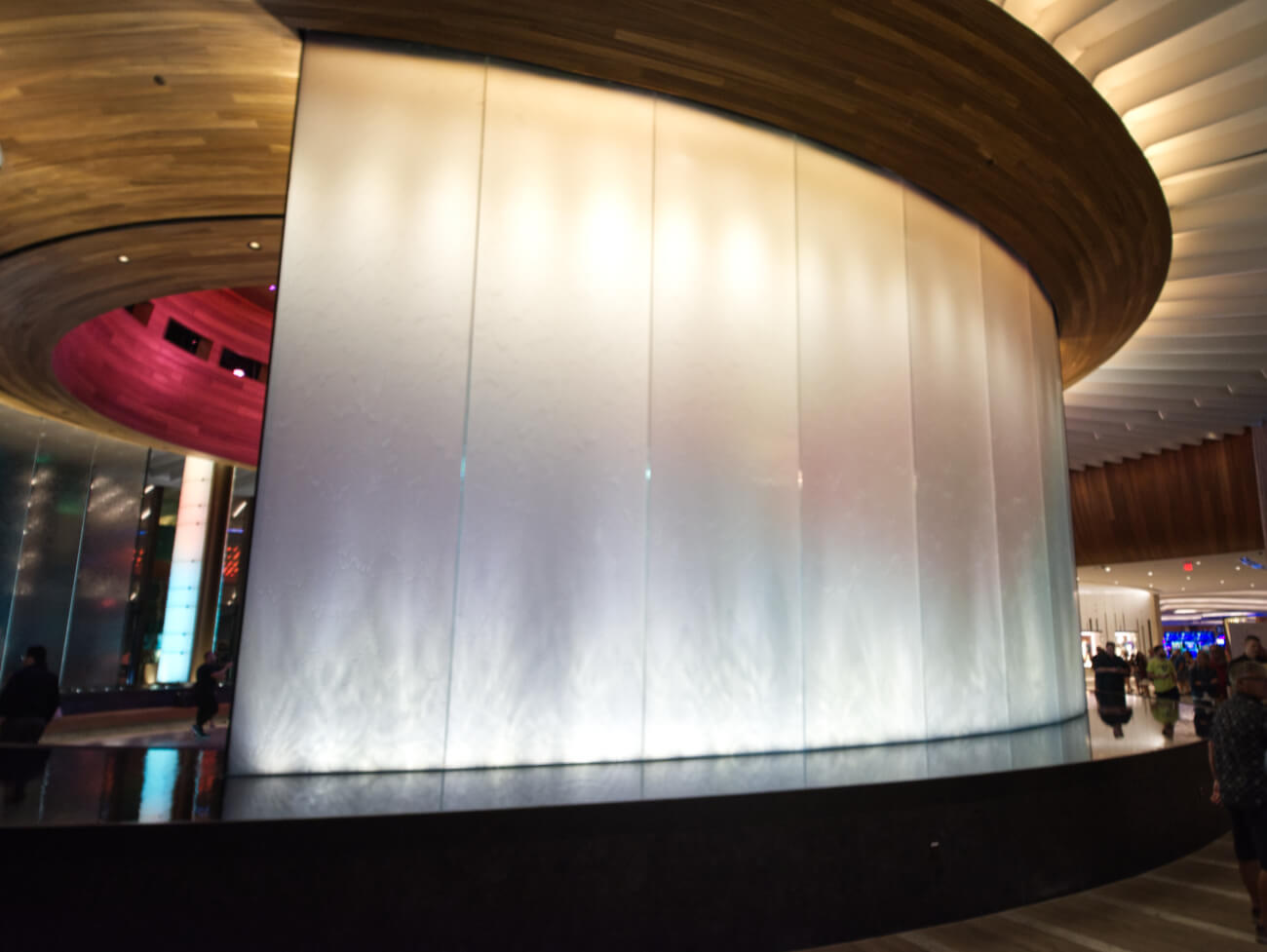 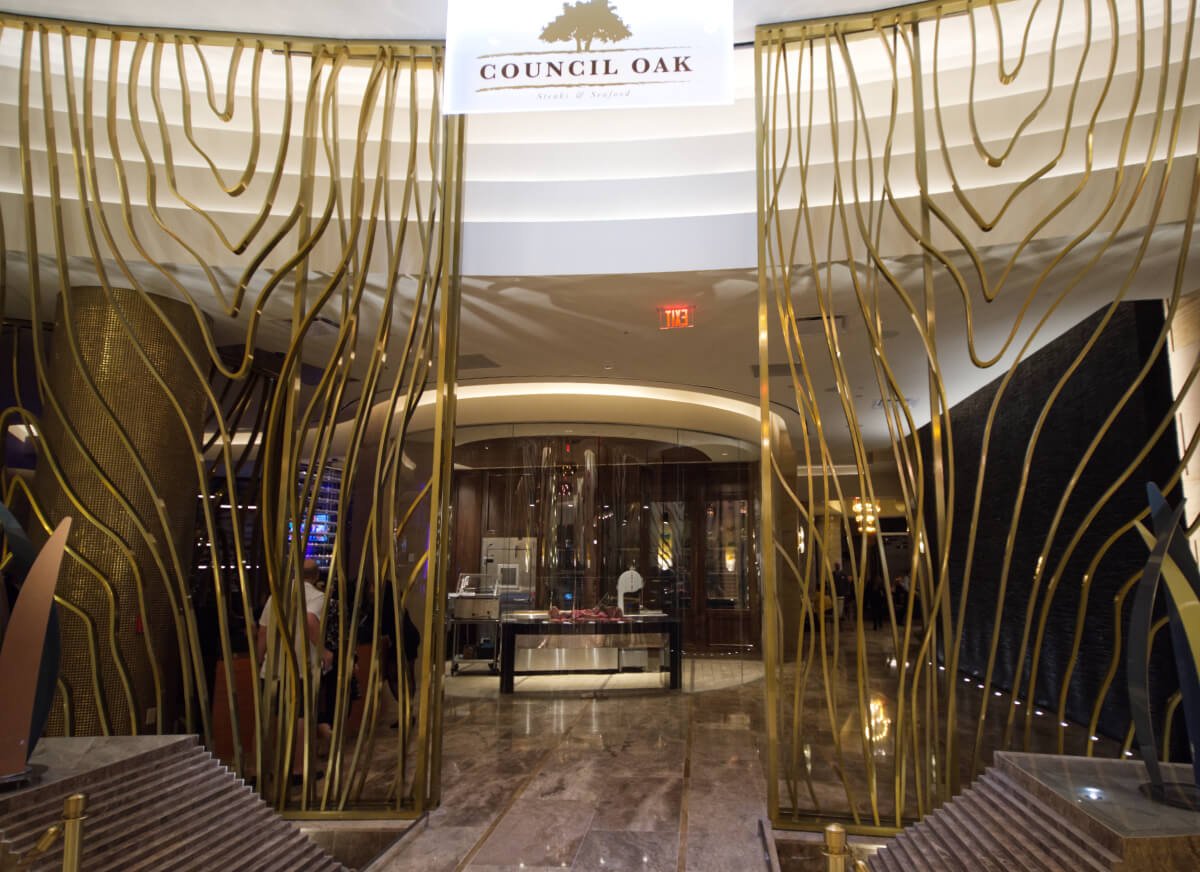 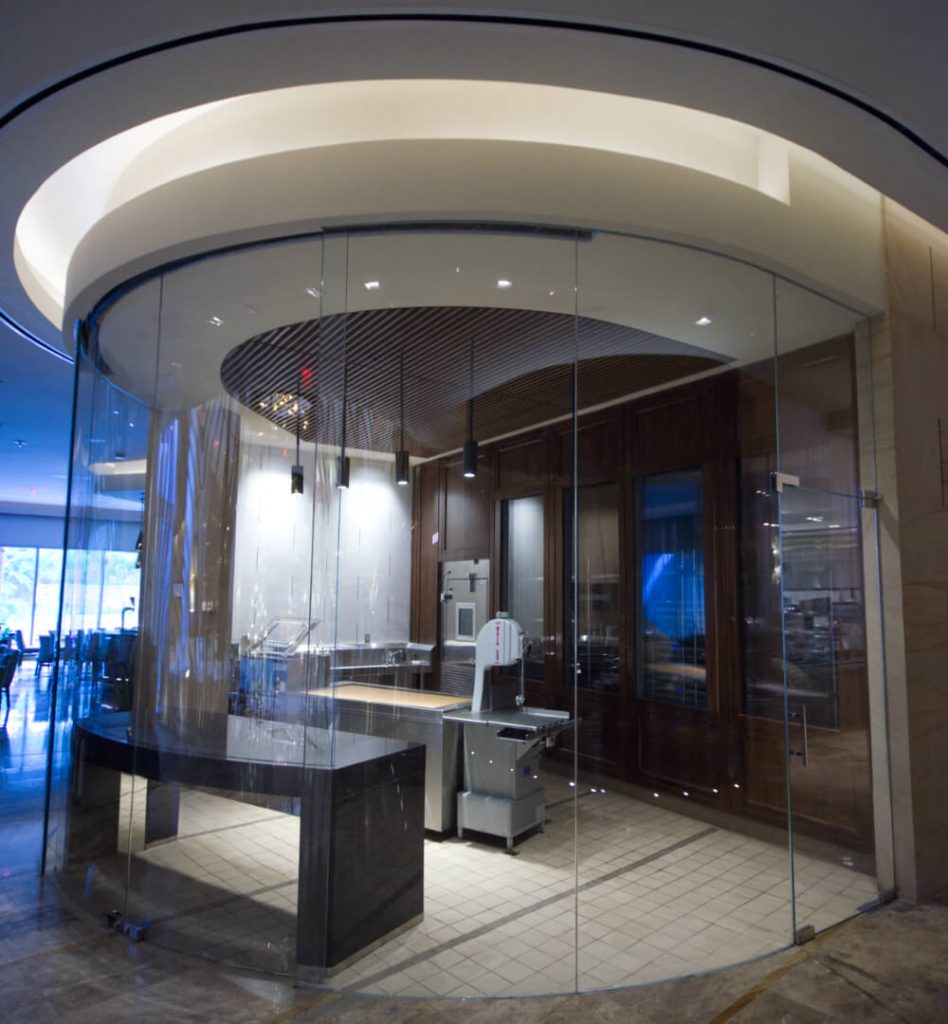 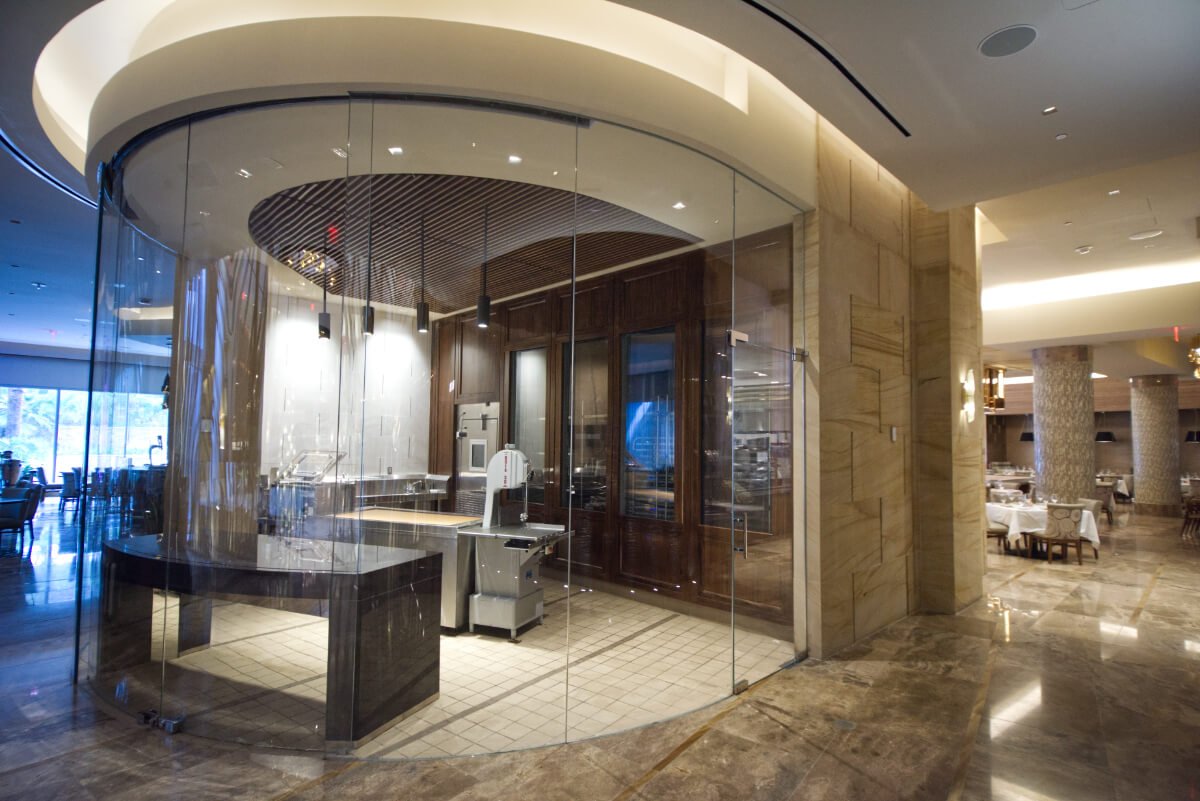